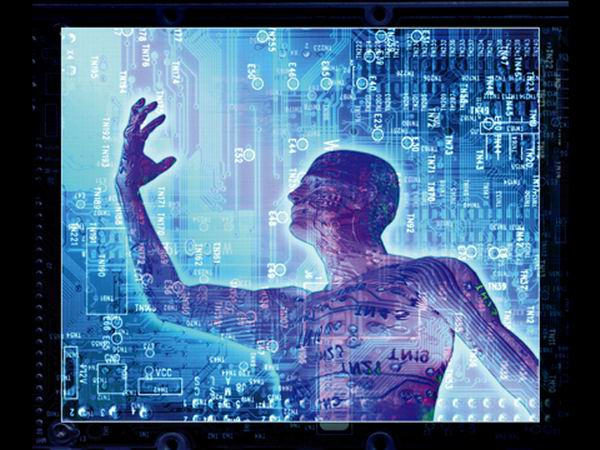 This is my 2016 Amazon review of Kevin Kelly's just released book The Inevitable.

On June 13th 2016 at (the renowned) Kepler's Books, I introduced Kevin and his interviewer, New York Times tech columnist, John Markoff to an SRO crowd.

As I was preparing my introduction of supreme technology evangelist, Kevin, I came across this wonderful, must-read interview of him in (of all places) Christianity Today (CT) (say again... where?):

CT: Are you (as it's claimed) a born-again Christian?

CT: Is your approach to tech similar to what the Amish do?

KK: No. (Here I paraphrase) I minimize my own tech use to maximize my output.

KK: I'm all about maximizing people's options to bring greater good into the world. In the world of the Amish, a girl has only one option — to be a mommy; a boy has two options: to be either a farmer or a backyard mechanic.

KK continues: Can you imagine a world with a Mozart but in which the piano had not been invented?

BUY IT NOW! (How's that for signal to noise?)

This is the REAL DEAL - another magnum opus from Kevin Kelly (KK) - as crucial as his previous work, What Technology Wants. The many endorsements from the likes of Marc Andreessen, David Pogue, and Chris Anderson are fully justified (and not just giving the Senior Maverick at WIRED his obeisance.)

KK is fully in sync with all the current developments in cloud computing and AI and reports on those with his usual WIRED clarity. He brings you all the cutting edge tech that's flowing from the entrepreneurs to the VCs in Cambridge and in Silicon Valley (and also in Munich, Seoul, Mumbai, and Shenzhen.)

But, this is no mere recitation of the tens of billions of dollars in AI deals that have pulsed through the Valley recently. He eloquently captures the big picture - he calls it the HOLOS - the combination of internet and web with all those borged human intelligences + all our tech.

Kevin lives near the seashore - perhaps it's the ocean's vastness that infuses his spirit with the transcendent perspective of (Stewart Brand's Whole Earthly) Long Now. We too (as Newton also remarked) are as children playing with bright pebbles on the edge of a vast ocean of knowledge (Teilhard's noosphere.)

10**21 transistors in tens of billions of always-on devices. This IS a phase change, something brand new, and it takes a hard-working seer to perceive the forest for the trees.

Here are just a few of the gems that await you: premium AI guaranteed NOT to be conscious (do you really want your self-driving car despondently mulling over its hapless interaction with its mechanic?)

I repeat: this is the REAL DEAL!

In his chapter on "Tracking" KK brings us up to the minute on the Quantified Self movement. With fellow WIRED writer, Gary Wolf, Kevin originated the QS groups in 2007. And he lives it - he's played with and reports on a decade's worth of devices for monitoring all your physio parameters, not to mention every conversation and every visual field (a la Gordon Bell's Total Recall.)

Virtual Reality: you get a whole chapter -(much unseen by me - and I sit 100 meters from Jeremy Bailenson's Stanford VR Lab. (VR? You think your kids are mesmerized by video games now?)

I'm trying to be brief, but - lest you think I'm an unabashed fanboy - some parts of KK's thesis need to be critiqued. (Remember Minority Report (KK helped with the tech) - was that a blissful utopia that any of us would welcome?)

He takes a decidedly optimistic view of the Big Machine - the "holos." Lead on and we will follow, Oh Holos! ... to a rosy abundant future (a la Ray Kurzweil (Singularity) and Peter Diamandis (Abundance.) Rapture of the Nerds. (I, too, am enraptured, but ...)

And how about the biosphere and Earth's non-human inhabitants? Is the Big Machine holistically providing sustenance or is it maniacally abetting the destruction of Earth's ability to sustain life? You decide.

Despite some nagging questions, this work excels in the realms of both tech prophecy and literary virtue. (Like it or not, it's gonna happen.) Highly recommended.